How Did This Aircraft Carrier Nearly Die? Simple: Unstable Bombs 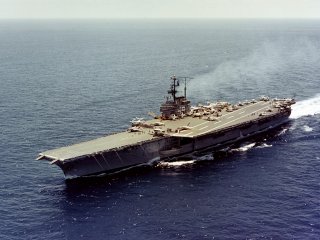 Here's What You Need To Remember: The Forrestal fire was an utter disaster. Without the quick thinking and selfless action of the Forrestal's sailors, who threw munitions (and even planes) overboard before they could catch on fire, the losses could have been much more severe.