How Did America Deliver a F-52 to Norway When No Such Thing Exists? Yet? 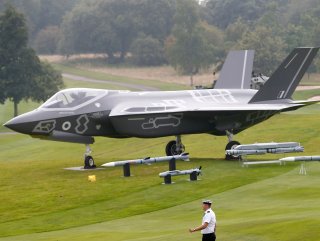 Here's What You Need To Remember: The aircraft only exists in the context of a video game called “Call of Duty: Advanced Warfare.”