How Did England Become the 'Sweatshop of Europe'? 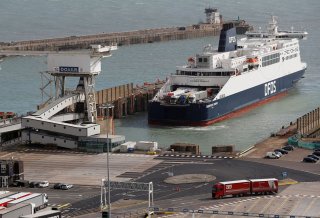 In September 1591, Queen Elizabeth I stopped during her annual progress around her kingdom at the home of the Earl of Hertford, Elvetham Hall near Basingstoke in south-east England. The second night’s entertainment was reported to be quite the culinary spectacle: a banquet, served in the garden, with more than 1,000 dishes to weigh down the table.

The most impressive and curious of them all were statues made from sugar. Guests marvelled at a virtual menagerie: “Lions, Vnicorns, Beares, Horses, Camels, Buls, Rams, Dogges, Tygers, Elephants, Antelops, Dromedaries, Apes, and all other beasts” had been rendered in the powdery sweet stuff. Of the multitude dishes at the table, it was the ones made from sugar that were most worthy of note.

By 1800, rather than only gracing the tables of monarchs and aristocrats, sugar was on almost every table in England and would have been stirred into pretty much every servant’s cup of tea. Social historian, John Burnett – whose work focused on the working classes – put annual consumption in 1801 at 30.6lb (13.87kg) per person.

Understanding sugar’s rise to ubiquity helps to tell the story of some of the most important phenomena in economic history. The history of sugar is also the history of capitalism, of exploitation, of globalisation and of industrialisation.

Sugar first came to England in the 11th century, brought back by soldiers returning from the Crusades in what is now the Middle East. Over the next 500 years it remained a rarefied luxury, until Portuguese colonists began producing it at a more industrial level in Brazil during the 1500s. Financed by Dutch merchants, they began to traffic enslaved Africans to farm the sugar. The planters were able to ship commercial quantities to Europe.

In the mid-17th century, British colonists adopted the same business model, using slaves to plant cash crops in Barbados, Jamaica and other smaller islands. And it is from this point that the British relationship with sweetness really accelerates.

Just as the industry was evolving in the Caribbean, so too was the trade back to Europe. Sugar spread throughout the British Isles. The Atlantic trading nexus, known as the “triangular trade”, between Europe, Africa and the Caribbean, wove a sticky web which traversed oceans and continents, reaching even the rural north-east of England, where, for example, sugar was available from a local grocer in Lancaster.

Sugar came in a number of varieties at a number of different price points and wasn’t confined to the tables of the elite. Triple-refined white sugar remained the most expensive, but a poorer consumer could also buy ordinary brown sugar or dark viscous molasses, known as treacle. Recipe books from the period are filled with ideas for how to use the ingredient, from sprinkling on salad to a fine plum cake. Sugar was particularly useful as it kept fresh goods for longer, turning low-calorie perishable fruit into high-calorie preserves and jams.

Understanding the timeline of our sweet tooth also tells us more about the development of the global economy – and Britain’s role within it. One of the most important facilitators for the increase in home consumption was the rise of the domestic sugar refinery. Where once sugar was processed in the Caribbean and shipped back to Europe, sugar merchants began to import back semi-processed sugar and finish the refining process at home.

By 1700, refineries, or “sugar bakers” as they were known, had popped up across the length and breadth of the country, from Plymouth to Glasgow, and from Liverpool to Ipswich. Sugar baking was one of the first industrial activities to appear in England. It was comparable to the factories of the industrial revolution, mostly because it used vast amounts of coal to heat the copper pans which boiled the sugar.

The finished product was then shipped around the country, helping to forge transport networks, both internationally and domestically. It feels important to mention, writing this article in lockdown, that the Great Plague of 1665 did a lot to support the expansion of the industry around the country. Refiners left London to set up shop elsewhere and West Indian ships carrying sugar had to dock in other ports to avoid catching the disease. Both phenomena expedited sugar’s geographic expansion.

The English crown supported this burgeoning industrial activity. Protectionist taxation policies effectively subsidised imports of semi-processed sugar, which encouraged the domestic industry. Refining was so successful that British merchants began to export their surplus out to countries in Europe, as well as re-exporting large amounts of brown sugar around the world. This helped to solidify the nation’s balance of trade. Where once the Dutch and Portuguese had dominated the European market, England was fast becoming the sweetshop of Europe.

The multi-faceted story of sugar’s ascent and the growth of the nation’s sweet tooth tells us more about early industrial and capitalist activity in England. While eventually the French overtook Britain as chief European suppliers of sugar in the 18th century, the early sugar trade provided British merchants with a model which was then adopted and adapted for later goods including cotton, and which catalysed the industrial revolution in the following centuries.

Above all the story of sugar is a reminder of the reliance of Britain’s metropolitan economy on the colonies. Integral to – and inextricable from – this story of economic growth is the backbreaking toil of enslaved Africans who produced the cane and enabled our taste for sweetness.