How Did NATO Counter the Soviet Submarine Advantage? 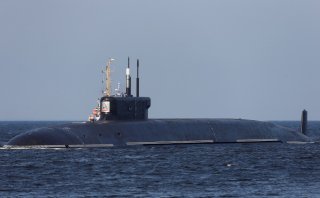 Here's What You Need to Know: By the time of the 1962 Cuban Missile Crisis, the USSR controlled the largest submarine force in the world — some 300 diesel-electric submarines and a handful of nuclear-propelled models. NATO navies couldn’t keep up. “We simply do not have enough forces,” Vice Adm. R.M. Smeeton stated.