How Do Russian Soldiers Readjust to Civilian Life? Its Not Easy 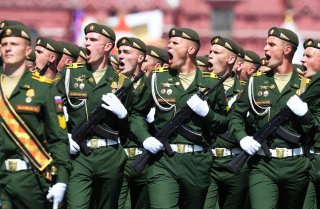 Here's What You Need To Remember: The problems faced by Russian veterans would seem familiar to their American counterparts. Finding a job, locating a new place to live, gaining new skills for the civilian market.

Isolated, unemployed, and unable to adjust.