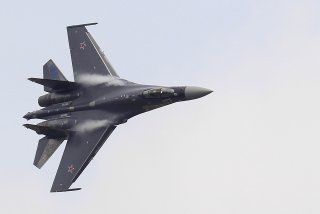 Here's What You Need To Remember: The Su-35 is a genuinely dangerous war machine, and in many metrics, it matches or even exceeds the capabilities of the latest upgrades for the F-15.