How Europe’s CHEOPS Satellite Will Improve the Hunt for Exoplanets 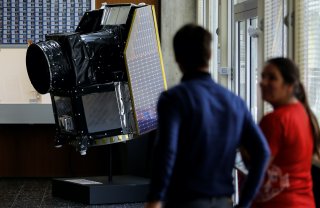 While the planet has been on lockdown the last two months, a new space telescope called CHEOPS opened its eyes, took its first pictures of the heavens and is now open for business.

The CHEOPS mission adds a unique twist in the science that the public normally associates with planet discovery missions like Kepler and TESS. Kepler and TESS produced many groundbreaking discoveries and brought the number of known exoplanets into the thousands – so many that we’ve only scratched the surface of what we can learn from them. Consequently, rather than simply finding more planets, the primary objective of CHEOPS is to better understand the planets that we’ve already found.

I have been in the exoplanet field for the better part of two decades. For most of that time I had the good fortune to work on NASA’s Kepler mission. Among Kepler’s major discoveries is the baffling array of planets that it found. Two prime examples are the thousands of planets whose sizes fall in the gap between Earth and Neptune. Kepler also found planets with orbits that are only a few hours long. None of these planets has counterparts in the solar system. What these planets are like, how they form and how they arrived at their current state are matters of ongoing research. To better understand these planets, we need to have better measurements of their properties – their sizes, masses, composition and atmospheres. Astronomers will turn to CHEOPS to fill these gaps in our knowledge.

A joint Swiss-ESA mission, CHEOPS, the “Characterizing Exoplanet Satellite,” will make key measurements of the size and albedo (reflectivity) of planets that orbit distant stars. CHEOPS launched in December of 2019 from the northern coast of South America, hitching a ride as a secondary passenger on a big Soyuz rocket.

The challenge with most of the planets discovered by the Kepler mission is that they orbit faint stars, making them difficult to observe with any telescope other than Kepler itself (which has finished its work and is no longer operating). CHEOPS, on the other hand, will observe planets orbiting bright stars that haven’t been studied with the level of detail once provided by Kepler, and that CHEOPS is now able to provide. These planets are more amenable to the wide variety of complementary observations from instruments on other telescopes – giving new insights into the nature of these recently discovered planets.

CHEOPS was placed in a “Sun-synchronous” orbit where it stays constantly above the Earth’s terminator – the line on the Earth that separates day from night. The satellite observes planets as they transit in front of their host stars using a 32-centimeter mirror. The telescope is 10 times smaller than Kepler, but since it will observe brighter stars, it can achieve a precision similar to Kepler – a fact demonstrated during its commissioning stage. And instead of continuously (and simultaneously) observing a hundred thousand stars in order to discover new planets, CHEOPS looks at individual targets when and where the planet is known to be there.

Science from the CHEOPS mission

For the brightest Sun-like stars, CHEOPS can measure the sizes of planets as small as the Earth by seeing the fraction of the starlight that is blocked by the planet as it passes in front of the star. The improved measurements of planet sizes allow scientists to determine a planet’s density, giving insights into its composition and interior structure. They also establish the key relationship between planetary sizes and their masses, which tells us more about the traits shared by planets across many systems.

In addition to planet sizes, CHEOPS can measure a planet’s “phase curve,” the variation in brightness due to the changing profile of the planet as it orbits its host star (like the changing phases of the Moon). The phase curve tells us how much light is reflected by the planet and, therefore, some of the properties of its surface, atmosphere and clouds. This information, in turn, can tell us more about the conditions that might exist under the cloud tops and at a planet’s surface. Finally, since CHEOPS targets are bright, they are good candidates for detailed observations of their atmospheres using large ground-based and space-based telescopes (like the Extremely Large Telescope and the James Webb Space Telescope).

Ultimately, by better understanding the properties of planets orbiting other stars, astronomers can better understand the nature of the planets in our own solar system. We will better see how our planetary siblings fit into the broader context of planets in the galaxy and how our formation and history is similar to, or different from, these alien worlds.