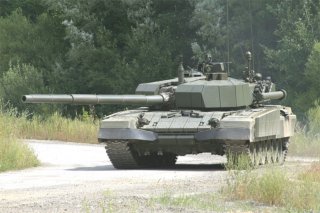 Here's What You Need To Remember: Due to the breakup of the SFRY, the Vihor never entered mass production. Due to the disparate nature of its production across all of the republics of Yugoslavia, many countries used components from the Vihor program to upgrade their fleets of M-84s during the Yugoslavian Civil War.

Due to the Soviet Union blocking exports of its then-current tanks to the SFRY, while also threatening to invade, Tito himself asked workers at the Petar Drapšin factory if they could make a tank. The workers agreed, and the factory was able to produce a few tanks (around half a dozen) based on a modified T-34/85 design, called Tip (Type) A.