How Far Can U.S. Artillery Shoot? 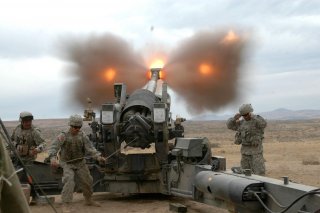 Here’s What You Need to Remember: The howitzer that took the 40-mile shots in Arizona was one of the Army’s prototype Extended-Range Cannon Artillery systems. The ERCA combined the latest M-109A7 chassis with a new, 30-feet-long gun.

The U.S. Army last year fired two 155-millimeter-diameter howitzer shells out to a distance of 40 miles.