How France Became a Nuclear Power 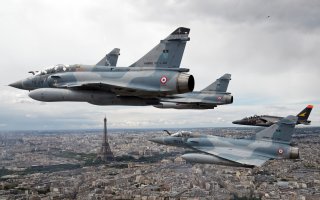 Key Point: The development of thermonuclear weapons earned France a seat at the big table.

Steve Weintz, a frequent contributor to many publications such as WarIsBoring, is a writer, filmmaker, artist and animator. This article first appeared in 2018 and is reprinted due to reader interest.