How French Special Forces Waged War Against ISIS in Mali 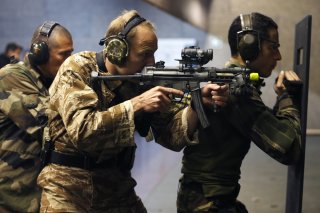