How George H. W. Bush Struck the Golden Mean of Strength and Restraint in Foreign Policy 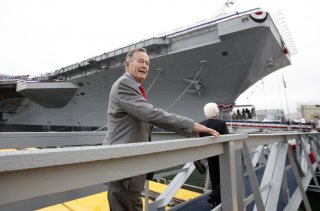 Here's What You Need to Remember: Seeking the golden mean seemed to come natural to President Bush. Consider his handling of alliance politics during Operations Desert Shield, the buildup to war in the Persian Gulf in 1990, and Desert Storm, the campaign to evict Saddam Hussein’s army from conquered Kuwait.

Let's canvass historians and philosophers of old to see what they might take from reviewing his legacy as a man and a statesman.