How The Glock 21 Saved The .45 ACP From Obsolescence 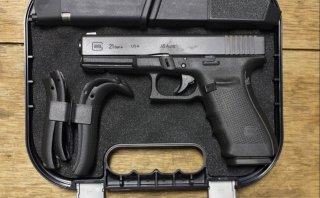 Here's What You Need To Remember: The Glock 21 is a bridge between new and old, mating a powerful old favorite round with modern handgun technology. The gun not only succeeded in the civilian market but helped a whole new generation of gun owners get into .45 ACP handguns.