How Good is the Merkava Tank? (Pretty Good, It Turns Out) 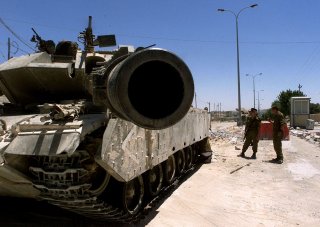 Here's What You Need To Remember: The Merkava is heavily armored and armed to the teeth. Compared to other tanks, such as the M1A1 Abrams, it's not very fast, but it doesn't have to be; Israel's a small country.