How a Grounded Submarine Almost Sparked War Between Russia and Sweden 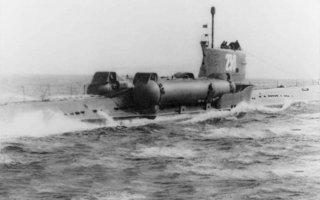