How Hellish a U.S.-Iran War Could Get 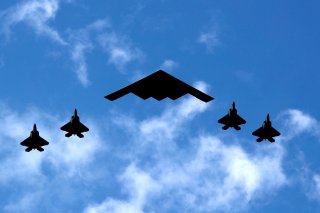 Here's What Your Need To Remember: Iran isn’t defenseless against U.S. air raids, as its shoot-down of a Navy drone proved. The Iranian armed forces and the Iranian Revolutionary Guard Corps militia operate Russian-made S-200 and S-300 air-defense systems as well as hundreds of fighters including dozens of modernized F-14s

“It wouldn’t last very long, I can tell you that,” Trump said in an interview on Fox Business.

Trump’s comments hint at a possible U.S. plan for retaliating against Iran for the Islamic Republic’s June 19, 2019 downing of a U.S. Navy surveillance drone over the Strait of Hormuz, the strategic chokepoint connecting the Persian Gulf to the open ocean.

U.S. warships could fire cruise missiles while bombers launched their own missiles and stealth warplanes penetrated Iranian air defenses. U.S. presidents several times in recent years have opted to strike from the air in this manner rather than risk a ground war.

The major forces already are in the region or available on short notice. The U.S. Air Force in April 2019 deployed at least six F-35A stealth fighters to Al Dhafra in the United Arab Emirates. And in May 2019 the flying branch sent four B-52 bombers to Al Udeid air base in Qatar.

B-2 stealth bombers currently at their home base in Missouri could fly across the Atlantic Ocean to join the F-35s in close air strikes. In 2011 then-U.S. president Barack Obama ordered three B-2s to fly thousands of miles from Missouri to Libya in order to strike Libyan air defenses during the opening hours of the NATO air campaign over the North African country.

These radars take advantage of a unique natural phenomenon. Instead of emitting radio waves directly into the target space, OTH radars blast very long wave pulses into the ionosphere.

Waves of certain frequencies bounce back down to the target area, enabling the radar to look at objects from above and identify them even behind ground terrain such as hills and mountains.

In addition to detecting stealth warplanes, OTH radars also can pick out ballistic missiles and even satellites in low orbit. Their long-range shields them from small-scale attacks by anti-radiation missiles and jammers.

On the downside, OTH radars are bulky, immobile and imprecise. The distance error in detecting a typical target can be as high as a kilometer. In short, Iran’s most powerful radar can detect U.S. forces, potentially including stealth warplanes, but it can’t target them.

Iran’s real defense against U.S. strikes isn’t some radar, missile system or fighter. It’s the country’s capacity for carrying out “asymmetric” operations such as terror attacks and sabotage.

If Trump orders air and missile strikes, he might just provoke further Iranian provocations and intensify the retaliatory cycle.