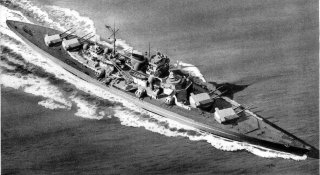 Here's What You Need to Know: When the war began, Germany canceled or delayed almost all of the major surface construction programs, completing only Bismarck and Tirpitz. The Kriegsmarine decided, almost certainly correctly, that U-boats represented a more effective threat to Allied commerce than squadrons of capital ships.