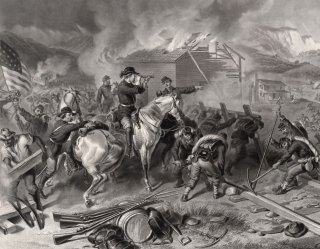 Key point: Sherman was tough but he did not engage in the same kind of total war seen in World War II. But Hitler wanted everyone to think otherwise as he tried to get new recruits.