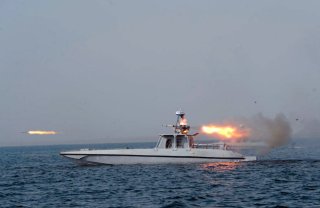 Here's What to Remember: Tehran facilitates asymmetric warfare strategies in the Persian Gulf.