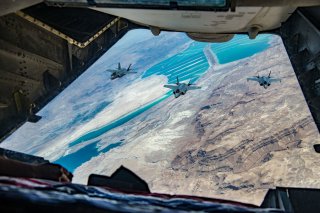 Here's What You Need to Remember: It would not take much for Tel Aviv and Tehran to engage in combat.

Michael Peck is a contributing writer at Foreign Policy and a writer for War is Boring. Follow him on Twitter:@Mipeck1. This piece was originally featured in July 2014 and is being republished due to reader's interest.