How Israel's Air Force Was Created From Junk 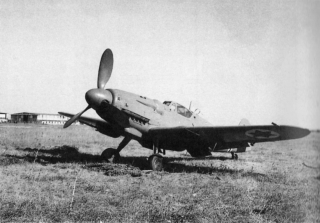 Here's What You Need To Remember: The Czechs planned on using their stock of Daimler Benz 605 engines intended for use in 109 aircraft. However, a factory fire destroyed the engines, forcing the Czechs to find an alternative. They settled on tapping a stockpile of Jumo 211F engines and propellers used by Nazi Heinkel-111 twin-engine bombers. Needless to say, the 211F wasn’t designed to be a fighter engine — and caused endless problems when fitted to the 109's airframe. Not only were the engines underpowered, but the 109’s original nose-hub cannon was incompatible with it, so the Czechs instead strapped MG 151 cannons under the wings using World War II-era Rüstsatz VI add-on kits. These worsened the S-199’s flight performance.

The new air force also lacked qualified pilots and mechanics, so it assembled a rag-tag group of volunteers, adventurers and low-paid mercenaries known asMachal or Machalniks.