How Japan Could Have Won World War II (Hint: See the Photo) 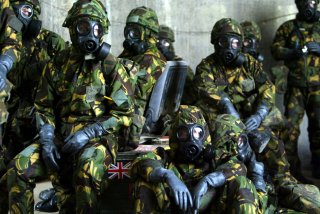 Here's What You Need To Remember: Just as air raids broadly targeting the civilian populations generally proved both cruel and of little military effectiveness during World War II, biological weapons were mostly “useful” for killing civilians. And if a bioweapon ever had proven successful in triggering a pandemic, such an outcome could have proven disastrous for both sides of the conflict.