How Learning from the Death of Battleships Can Save Aircraft Carriers 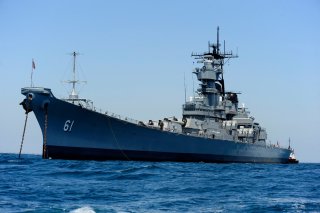 Here's What You Need to Know: Naval commentators, nonetheless, construed his writings as advocacy on behalf of a specific ship type—the armored battleship. Once that assumption found its way into U.S. Navy strategy and doctrine, it took incontrovertible evidence—such as Japan's air assault at Pearl Harbor—to shatter habitual ways of thinking about sea combat. Better to remain intellectually and doctrinally nimble and repurpose old ships, aircraft and armaments when need be.