How Long Will Coronavirus Unemployment Last? 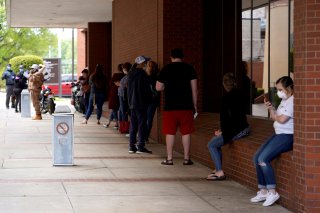 Last Friday’s jobs report from the Department of Labor (DOL) shows US unemployment reached 14.7 percent in April, as payroll employment fell by 20.5 million. Those figures are the worst since official records began in 1948, far outstripping the effects of the 1970s and 1980s recessions, 9/11, and the Great Recession of 2007-09.

Those figures likely understate current unemployment, as the jobs report is based on surveys conducted during the week ending April 18. Other DOL data show that in the following two weeks ending on April 25 and May 2, an additional seven million people filed new claims for unemployment insurance (UI) benefits, indicating significant additional layoffs.

Hopefully, for millions of laid off workers, the extraordinary spike in unemployment is temporary, as they are called back to their former jobs or find new jobs quickly as the economy reopens. However, recent projections from the nonpartisan Congressional Budget Office suggest the job crisis will not end quickly for millions of others, with unemployment peaking at 16 percent in the third quarter of 2020 and still averaging above 10 percent in 2021 before falling to 9.5 percent in December 2021. If CBO is correct (and Friday’s report already puts them on the optimistic side) and the recovery from this recession follows the “jobless recovery” from the Great Recession, the US could be facing high unemployment for years.

The massive ongoing unemployment likely to result from this crisis means one of the next policy discussions Congress will engage in involves extending UI benefits. Those are already payable for up to 59 weeks through current state UI programs and temporary federal programs created in prior coronavirus relief laws. Those temporary federal programs expire in December 2020, but this deadline will certainly be extended.

Last week, key congressional Democrats offered a sweeping proposal to provide up to an unprecedented 117 total weeks — that is, two years and three months — of unemployment benefits per recipient. That would far eclipse the record up to 99 weeks of unemployment benefits payable per recipient in the wake of the Great Recession. Their proposal would also continue the availability of $600 per week unemployment check supplements, including after the health emergency has passed in amounts that would more than double typical UI benefits. Their proposal would continue such extraordinary federal unemployment benefits until the three-month average national unemployment rate falls below 5.5 percent for two straight months. As the above chart shows, if this recovery is like the last one, that could be over six years from now — in July 2026.

This article by Matt Weidinger first appeared in AEIdeas on May 11, 2020.

Image: People who lost their jobs wait in line to file for unemployment following an outbreak of the coronavirus disease (COVID-19), at an Arkansas Workforce Center in Fort Smith, Arkansas, U.S. April 6, 2020. REUTERS/Nick Oxford.