How the M16 Assault Rifle Became an American Legend 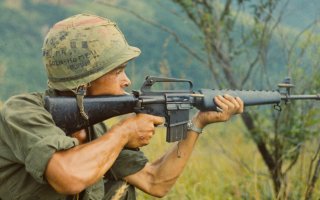 Here's What You Need to Know: Thanks to its smaller cartridge, the M16 in automatic fire mode produced shot groups half the size of the bigger rifle.

(Note: This is Part one of a three part series which appeared several years ago.)