How Much Coronavirus Universal Basic Income Would Kamala Harris Provide? 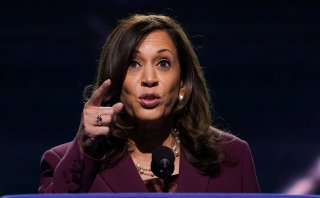 While negotiations remain stalled over the next coronavirus stimulus package, a possible September deal appears likely to include a second round of $1,200 stimulus checks. For universal basic income (UBI) supporters, that raises the question: If stimulus checks every six months are good, wouldn’t stimulus checks every month be even better, especially during the pandemic? That’s the logic behind S. 3784, Senator Kamala Harris’s (D-CA) May 2020 “Monthly Economic Crisis Support Act,” which calls for $2,000 per month payments to most US residents through the pandemic and beyond.

Harris’s bill is in effect the most generous monthly UBI proposal ever introduced and far outstrips proposals by other former Democratic presidential candidates. For example, Andrew Yang famously touted monthly $1,000 per adult “freedom dividends,” while Senator Bernie Sanders (I-VT) in March proposed $2,000 monthly payments “to every household in America” for “the duration of the crisis.” Harris’ legislation (which is cosponsored by Sanders and Senator Ed Markey (D-MA)) significantly ups the ante, proposing monthly payments of “$2,000 to every individual, including children and other dependents, until this crisis is over.”

Here are some key questions and answers about this legislation.

Would working affect eligibility? For most people, no. Payments would be made regardless of whether adults (and naturally children) were employed or unemployed. The only exceptions would be households with adjusted gross income exceeding $100,000 filing as a single individual, $150,000 as a head of household, and $200,000 as a married couple. Above those levels, eligibility for payments would rapidly phase out, as the Manhattan Institute’s Brian Riedl recently reviewed.

How many would get full $2,000 payments? Most US residents would receive full $2,000 payments each month. Exceptions like people in higher income households and children in large families make up a relatively small share of US residents. For example, in 2018 only 14.4 percent of married couple households had incomes in the phaseout range or above, as did just 6.7 percent of single females living alone. And of nearly 64 million parent-child households in the US in 2019, just 5.7 percent had more than three children.

How long would payments continue? The legislation calls for payments beginning in March 2020 and ending three months after the COVID public health emergency ends. A summary of Harris’ plan also says payments would be “retroactive to March,” resulting in massive initial back payments — as high as eight months times $10,000 or $80,000 per household if the legislation were implemented in October. And since payments would flow to the vast majority of households, there would be enormous political pressure for extending the public health emergency — or continuing payments beyond its end.

How would payments interact with unemployment benefits? The legislation doesn’t mention any interaction with unemployment insurance (UI) benefits, meaning its payments would be in addition to UI checks. Also, on July 28 Harris said “I won’t stop fighting for $2,000 monthly payments and extending unemployment benefits,” in reference to now-expired $600 federal bonuses. If both policies were enacted, households with two unemployed workers would receive an average of two times $4,000 per month in unemployment benefits plus as much as $10,000 in pandemic UBI payments. That $18,000 in monthly government benefits would place them among the top 10 percent of all households in the US by income, despite the absence of a working adult.

How much would this cost? The Harris plan doesn’t mention offsets, and an official score is not available. But if we conservatively assume 75 percent of 330 million US residents would be eligible for $2,000 per month payments (and ignore others eligible for partial payments), the cost would be a staggering $500 billion per month, or $6 trillion per year — far exceeding prior federal spending on all other programs combined, and all added to the deficit.

Could this legislation become law? It’s unlikely to happen in September, but here’s how a recent commentary in Forbes put its prospects beyond that:

(I)f Harris is elected vice president and Democrats gain control of the U.S. Senate, it’s possible that a Biden-Harris administration could push for a monthly stimulus check in Congress. Many Democrats support some form of basic universal income, and this call for monthly support may increase particularly if the Covid-19 pandemic — and any associated economic downturn — continues after January 20, 2021.