How Much of Threat is Chemical or Biological Weapons Today? 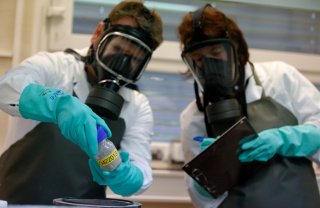 Here's What You Need to Remember: There is far less focus on the CBRN threat in NATO nations, in both civil defense and military settings.