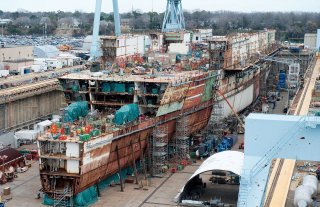 Here's What You Need To Remember: Even as the Navy struggles to digest its new fifth-generation F-35 fighters. it's thinking about the sixth generation (as it should, because modern jets take decades to develop).

Navies that don’t evolve are doomed to defeat, and America is no exception. But the U.S. Navy has a plethora of new equipment on the drawing boards, the shipyards and the factories.

Michael Peck is a contributing writer for the National Interest. He can be found on Twitter and Facebook. This article first appeared in December 2018.