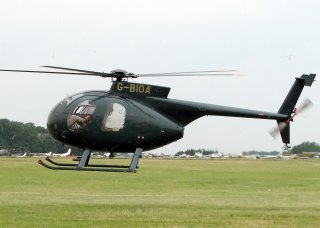 Here's What You Need To Remember: McDonnell Douglas had been duped into shipping nearly a hundred scout helicopters to a country that still considered itself at war with the United States. However, the Semler brothers were let off with light sentences in exchange for guilty pleas, claiming they had been misled by Behrens as to the destination of the helicopters. They paid fines far below the value of the money they had received for shipping the helicopters. Behrens rather dubiously claimed the MD 500s did not fall under the export ban because they were not military types.

Sébastien Roblin holds a master’s degree in conflict resolution from Georgetown University and served as a university instructor for the Peace Corps in China. He has also worked in education, editing and refugee resettlement in France and the United States. He currently writes on security and military history for War Is Boring.​ This first appeared two years ago.