How Rights Are Slipping Away During the Coronavirus Pandemic 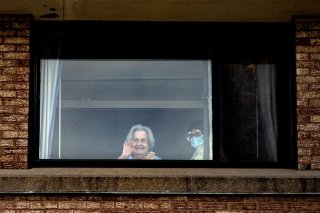 Civil liberties are among the oldest, most recognized human rights. Their contemporary expression as legal claims based on civil and political rights is more recent, dating from the tumultuous period after the Second World War.

Today, we face a very different kind of emergency. And it’s been astonishing how quickly the values we once fought for have been set aside.

In pandemics, rights violations look different. There have been no mass detentions or arrests. No internments of enemy aliens.

But vulnerable seniors have been isolated and subjected to conditions that have sickened or killed them.

Collective agreements have been partially suspended for Québec teachers and for some Ontario health-care workers.

A mandatory Sunday closing order for Québec businesses ignores established case law that permits religious minorities to choose their day of rest based on freedom of religion.

Civil liberties are not designed only for times of peace and stability. They assume special, even critical, importance during public emergencies. That is precisely because many of the checks and balances that we take for granted have been pushed aside. New orders emerge daily and the rule of law is taking time to catch up.

Legislative oversight is often the first casualty. In countries like Canada, democratically enacted laws confer the power to issue emergency orders without legislative scrutiny. Sure, citizens can vote out governments that overstep, but democracy should not evaporate between elections. At the time of writing, the legislature of every province in Canada was adjourned, although a few are tentatively aiming to re-opening soon.

There is a risk of overreach when we collectively agree to allow governments to do what is necessary to keep us safe. According to a recent Ipsos poll, Canadians overwhelmingly support stronger government measures to fight COVID-19. But that in turn creates a real risk that courts will show more deference to governments during times of crisis.

The province of Québec in particular offers a striking example of how quickly it can all unravel.

Since the March 13 declaration of a public health emergency, the province’s minister of health and social services has ruled by decree under Québec’s Public Health Act. My analysis of the eight orders-in-council and 28 ministerial orders shows that two-thirds of these orders limit civil liberties.

Yet, the public supports such measures: politicians are enjoying heightened popularity across the country. This support may be explained by the fact that we are only gradually waking up to the impact of COVID-19, especially on people who are vulnerable or unable to speak out.

On April 20, lawyer Jean-Félix Racicot launched a challenge to Québec’s emergency measures before the province’s Superior Court. Four days later, Justice Louis-Paul Cullen ruled from the bench that social distancing orders are not a form of illegal detention. An appeal of his decision, and a related claim seeking to strike down all the emergency measures, are pending.

Canada’s Charter of Rights and Freedoms and the courts provide indications of what measures will be upheld and which ones may fall.

The Supreme Court of Canada has ruled that democratic societies founded on the rule of law require a legal basis for restrictions on rights.

Social distancing is essential, as a recent study in The Lancet has demonstrated. But the validity of bans on assemblies must be “prescribed by law.” Reports from Québec and Ontario indicate that police may be overstepping their bounds.

Québec’s March 20 order-in-council, for example, mandates that people must stay two metres apart. Police have nonetheless fined people who have maintained those social distances, sometimes without prior warning. Neither scenario is prescribed by law. And yet, a Montréal police spokesperson is on record as suggesting that people are not allowed to “congregate” even if they keep their distance.

It’s no wonder the Canadian Civil Liberties Association has launched a national campaign to monitor who has been detained and fined, and why.

The courts have also said that “reasonable limits” on rights must be proportionate responses, with rational connections between measures taken and the problem they aim to solve.

In Québec, the life, liberty and security of seniors have actually worsened. Shuttering seniors in residences, prohibiting them from leaving and then barring entry to family caregivers and loved ones has had devastating albeit unintended consequences.

The son of a woman who died of COVID-19 in Québec’s government-run seniors’ residence in Ste-Dorothée has filed a class-action lawsuit, alleging residents were improperly isolated and infected employees were required to work. A similar lawsuit has been launched in Ontario.

Public service collective agreements have been suspended. Employees claim they are forced to work in dangerous circumstances, with no training or adequate personal protective equipment. These are major limits on freedom of association.

We need to care more, not less, about civil liberties and all human rights during emergencies. Canadian governments are working to keep us safe, but history has shown that in a clash with a public emergency, rights rarely emerge intact unless we double down on remembering why we needed them in the first place.