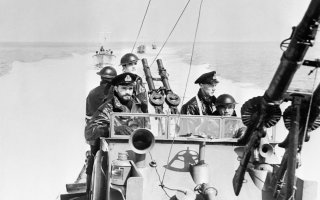 Key Point: Some historians argue the UK likely could have ‘lost' the Battle of Britain— i.e., relinquished air superiority to the Luftwaffe—while remaining safe from invasion due to its overwhelming naval superiority.