How Russia's T-90 Tank Would Take Down the M1A2 Abrams 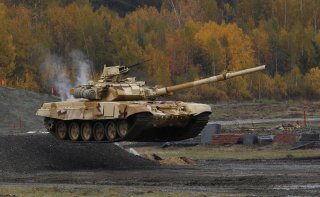 Here's What You Need to Know: In a fight, the M1A2 SEP v3’s Trophy system would probably neutralize any advantage the T-90M’s Invar-M ATGM gives. The Invar’s speed of 350 m/s is well within Trophy’s interception window.