How to Scare the Chinese Army: Build More B-21 Bombers 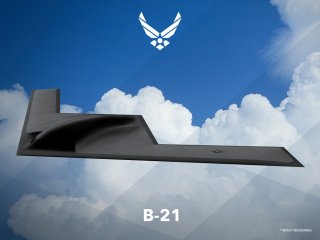 Here's What You Need To Remember: Like many new weapons systems, the Air Force has instructed Northrop Grumman to build the bomber with a so-called “open architecture” hardware and software system. As a result, unlike previous bombers, the B-21 could become much more than just a heavy bomber. The open-architecture specification should ensure that future upgrades will be relatively easy to integrate into the B-21, and for the bomber to adapt to a slew of new, different missions.