How to Sink a U.S. Navy Aircraft Carrier? This One Rocket Nearly Did the Trick 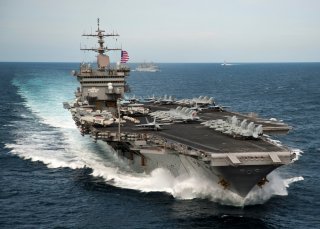 Here's What You Need to Remember: The painfully won experience from the Enterprise fire inspired a final round of introspection from the navy,