How "Smart" Missiles Became So Intelligent 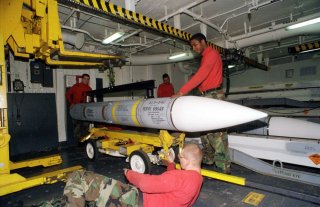 Here's What You Need to Remember: Despite the successes of the AIM-54, it was still a big heavy missile designed for use against relatively non-maneuvering targets. The first real successful ARH missile would come almost fifteen years later in the form of the AIM-120 Advanced Medium Range Air to Air Missile (AMRAAM).