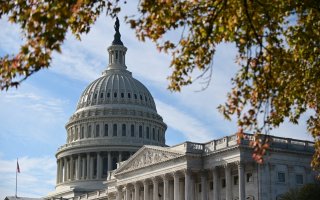 It will also leave younger workers reticent to contribute even larger chunks of their paychecks toward a program that 80% of millennials and Gen Xers doubt will be there for them when they retire.

A new report from The Heritage Foundation shows how the next administration and the 117th Congress could modernize Social Security, increase benefits for lower-income workers, reduce Social Security taxes for everyone, and give individuals and families more control over their incomes and life circumstances.

Reform should start with evaluating Social Security in its current form and determining how it can be better.

Over more than eight decades, Social Security has expanded far beyond its original size and scope. What was once a 2% tax on workers’ wages is now 12.4% and would have to be 15.5% to keep the program solvent.

As households’ financial struggles through the COVID-19 pandemic have shown, it can be hard—especially for lower-income workers—to have money left over after Social Security’s taxes are taken to save for retirement and whatever life events might arise.

Social Security was designed as an anti-poverty program with a savings component, but it has become an intergenerational redistribution program as policymakers have allowed Social Security benefits to rise far in excess of the taxes collected.

Every dollar of workers’ payroll taxes today goes immediately out the door to pay current retirees’ benefits, with Social Security stripping the average young worker of hundreds of thousands of dollars in potential investment income.

Individuals with lower life expectancies—disproportionately those with lower incomes and African Americans—also lose out from Social Security.

One out of every five African American men in the U.S. will die between the ages of 45 and 65, at which point they’ve paid tens of thousands, if not hundreds of thousands, of dollars in Social Security taxes that they cannot pass on to their heirs.

Raising taxes by $1,200 a year on workers making $50,000 and increasing benefits for everyone, including the largest benefit increases for millionaires—as prescribed by the Social Security 2100 Act—is not the answer.

Not only would that hurt workers and families, the Penn Wharton Budget Model estimated that the Social Security 2100 Act would decrease output by 2% by 2049, meaning not only higher taxes, but also lower incomes.

In contrast, the model estimated that a smaller, more targeted Social Security program would increase output by 5.3% by 2049, also significantly boosting incomes.

So, what’s the solution for a smaller, more targeted program?

A logical first step is to increase Social Security’s eligibility age and index it for life expectancy, since health improvements and less physically demanding jobs mean individuals can work longer than before.

The other commonsense reform, included in one of President Barack Obama’s budget, is to apply a more accurate inflation index—the chained consumer price index—that doesn’t inflate benefits over time.

Next are some modernizations to the spousal benefit (after all, Social Security began in an era when married women generally did not work outside the home), and eliminating features such as the retirement earnings test that suppresses work at older ages.

Finally, and most significantly, policymakers should return Social Security to its roots by gradually transitioning toward a flat, anti-poverty benefit structure. That would mean higher benefits for low-income workers, and lower benefits for middle- and upper-income earners.

According to The Heritage Foundation’s Social Security model, the benefit of all those reforms would be a roughly 20% reduction in Social Security taxes, returning $1,600 per year to the median household, to save or spend based on their own unique needs.

Adding an option for workers to set aside a portion of their Social Security taxes in a personal savings account that they own, control, and could pass on to their heirs could further empower workers, and even reduce wealth inequality.

There is no escaping the need for Social Security reform. Rather, the question is whether the program should be larger and impose additional restrictions on households’ finances and opportunities, or be smaller, more progressive, and give workers more income, ownership, and opportunity.

Each year that policymakers do nothing adds trillions of dollars in additional costs to future taxpayers.

Now is the time for Congress and the next administration to tackle Social Security’s shortfalls and shortcomings by transitioning it to a smaller, better-targeted program.

Rachel Greszler is research fellow in economics, budget, and entitlements in the Grover M. Hermann Center for the Federal Budget, of the Institute for Economic Freedom, at The Heritage Foundation.

Ilana Blumsack is a member of the Young Leaders Program at The Heritage Foundation.