How Star Trek Can Help the U.S. Navy Beat China 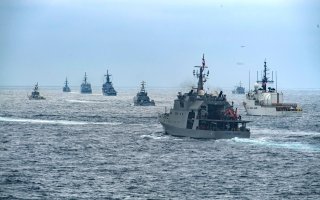 Here’s What You Need to Know: Clausewitz would instantly recognize the tactics used in Stark Trek and Battlestar Galactica.