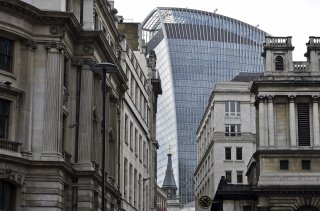 Over cups of tea in his ramshackle London home I chatted with a novelist. It felt a valuable opportunity, given his multiple fictional treatments of London, to discuss the city’s rapid changes that I was also writing about.

Talk inevitably turned to its expanding population of wealthy residents. He told me that he had once thought about writing a novel about the super-rich, but concluded that it would ultimately be too boring. What could one say about people whose lives were not connected to others? What would the characters be shown to do with their limitless time?

In the 1950s, the acclaimed sociologist C Wright Mills observed that the idea that the elite occupied a “sad, empty space at the top of society” was, in many ways, simply a way of becoming reconciled to the fact that we are not rich. The actor Michael Caine later appeared to rework Mills’ statement when he commented that “the idea that money doesn’t buy you happiness is a lie put about by the rich to stop the poor from killing them”.

Today, the idea of a politics of envy in the UK seems to serve much the same purpose – proposals for tax reform and greater contribution are met with disdain – often referring to the choking of ambition, deterring wealth creation or, worst of all, the rich moving elsewhere.

In my research on London I have come to realise that one of the very last places the rich would leave is this fine city. In reality, the rich need the city like an astronaut needs a spacesuit: it provides a climate controlled place of comfort and support without which their lives would be impossible.

Right now, in the middle of the COVID-19 crisis, it is hard to remember that even just a few months ago we were being told by wealth analysts that we were entering a new roaring ‘20s. But unlike that decade of riches a century ago, this one appears to be starting with a Groundhog Day re-run of the last crisis of 2008 – with major question marks hanging over how to fund an economic recovery, the prospect of widespread casualties of the virus and an enduring recession to come.

The fortunes of the world’s 20 richest have seen around US$293 billion shaved off in the past three months. Just a few days later we found that the fortunes of other billionaires had grown significantly. The general rule, despite the changing fortunes of individual rich folk, is that money continues to rain upwards.

So it seems clear that those with plenty will more than survive the economic crisis generated by COVID-19. Similarly we can see that London’s position as an alpha city is unlikely to be affected even by the threat of pandemic and recession. Its systems of government, corporate life and finance are more resilient and effective than we might believe.

I have occasionally talked to researchers who, when discussing their work on the rich or powerful, meet the response that what they study is a waste of time and effort. I still remember the comment of a city councillor who, when I excitedly said that I was doing work on London’s rich, gently asked: “Why not something on Sheffield’s poor?” Ouch.

Yet investigating the life and impact of elites and the rich is critical. Part of the reason for this lies bundled in the often invisible connections that we can trace between rich and poor, the excluded and those otherwise damaged by the excessive inequalities of societies globally.

The wealthy are a protected and problematic bunch. As government contracts are handed out to UK Conservative Party members and donors, as bailouts are given to wealthy and profitable companies, and as tax evasion, laundering and fraud are identified in multiple reports we see the methods by which riches are expanded or secreted. Influential reports have also shown that in the cases of land ownership (1% of the UK owns 50% of the land), tax havens, big money and political influence, wealth is a question that should interest everyone.

If we really want to understand the poverty and problems of many people we would do well to look up. In an unequal society, divisions focused around housing, employment, material poverty, health and care can be traced back to economic and political decisions, and to the operation of societies that repeatedly produce the same winners and losers.

Fresh from my doctoral studies in London I landed as a green researcher in the world of opportunity that was Glasgow – the first Labour government in 18 years pumping investment and resources into poorer urban communities and employing social scientists to monitor these issues and consider how to resolve these problems. That seems an entirely different world to the one we inhabit today, on so many levels.

Since then the UK has had a massive financial crisis, years of public funding cuts, massive social distress, only to face these problems again in a more extreme form as COVID-19 wreaks havoc. And this pattern is mirrored in numerous other countries.

I cut my teeth on studies of how households were displaced from gentrifying areas of the city. In Glasgow, I worked with colleagues on the question of how areas of concentrated poverty affected their residents. But I also remained interested in how the middle classes affected life in the city and turned back to study gentrification, and then gated communities in England.

One way of summing up this body of work lies in the idea that space is important to social relationships and a sense of togetherness - with new suburban extensions to cities and gated estates fuelling a kind of break in social relations that damages urban life in subtle ways. In the UK’s cities the sense of social and physical distance was, in complex ways, changing, breaking down and remaking urban social life. Cities were proclaimed to be increasingly privatised, unhappy and divided in the 2000s. Worse, all of this had been happening even as they were targeted for improvement and investment.

While this situation was clearly not comparable to the hyper-segregated and often risky US metropolis, the UK’s public history of open streetscapes and democratic urban centres was clearly being eroded. The market had been allowed to run freely as a means of boosting state expenditure and what was described as an urban renaissance more often appeared to produce inferior copies of Barcelona squares, with low-grade apartments and multiple signs telling us not to park.

And then the rich arrived.

I had dinner with one of London’s elite real estate agents, an imposing figure, vital, well groomed, super-confident. He told me he could show me round some of the homes available locally, costing in some cases more than £10m, but I would need to undergo criminal checks first. Talk turned to why I am doing the study. Of course he is all for sociologists learning more about how the property market works, he said. But a look in his eye suggested sudden wariness.

London has always been a wealthy city, but it has seen a step-change in its fortunes in recent decades. Though right now the market is on ice and has seen the volume of sales decrease, it is still the case that numerous super-prime homes are sold each year. Many of these sales are to wealthy urban Brits but a substantial proportion, often much more than half in some neighbourhoods, go to offshore anonymous buyers through trusts, or to wealthy international investors and buyers.

You will be familiar with the story and rising criticism, that much of London’s housing development has been a process of accommodating dollars, rather than people. Property becomes something to borrow against, buy and trade on an upward rising bubble of prices, fuelled by more speculation and borrowing, and the arrival of many more people from around the world with bundles of cash to spend. In many cases, such homes are bought and lie empty, or are used to store criminal cash as it is laundered or from huge reserves held offshore (around US$36 trillion). Today it is estimated that around 42,000 properties in London have been purchased from these sources. These aspects of London’s apparent success on the world stage give rise to the impression that it is a landscape of riches built on dodgy money, which has done little to contribute to the wider city, except to generate even further rises in house prices.

The elite agent I’d had dinner with later emailed me to say that it would, on reflection, not be possible to do a tour of one of the local mansions. He wished me good luck with the research.