How to Turn the Tables on China? Use Their A2/AD Military Strategy Against Them 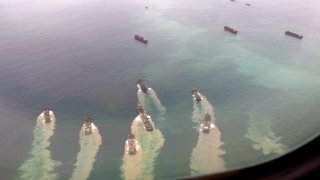 Here's What You Need to Remember: Shipping and aircraft on which China’s economic and geopolitical fortunes depend must pass under the shadow of hostile armed forces whenever they leave or return home. Strategic geography encumbers China’s ambitions to a degree unique among great powers.

The Pentagon released two appraisals of China in swift succession. The first, issued by the Defense Intelligence Agency (DIA), goes by the title China Military Power and is patterned on the old-school Soviet Military Power tomes beloved by those of us of a vintage to have battled godless communism during the 1980s.