How the U.S. Air Force Would Wage War Against North Korea 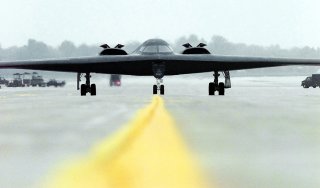 Here's What You Need to Remember: A second Korean conflict with require a multirole fighter capable of close air support and interdiction tasks. The nature of the North Korean air defense threat, largely comprised of outdated fighters and air defenses, means a fifth-generation fighter is useful but not essential to prosecuting the war in the air.