How the U.S. Economy Can Counter Its Demographic Headwind 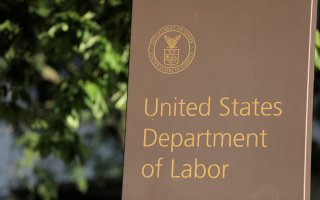 The excellent 2016 book The Rise and Fall of American Growth by Northwestern University economist Robert Gordon — a book I frequently write about — is often portrayed as a work of technological pessimism. But Gordon doesn’t see it that way. Tech progress and innovation, as eventually reflected in productivity growth, isn’t going to slow in his view. It will pretty much continue as it has for decades — just no acceleration to the boomy 1920-1970 productivity pace due to advances in AI or robots or medical miracles. The demise of rapid economic growth is due to various “headwinds,” he argues, not technology. Not only will those factors slow per capita GDP growth, but much of that growth will be captured by wealthier households. Indeed, inequality is one of Gordon’s headwinds.

Another growth constraint, according to the economist, is demographics. This is uncontroversial. All those baby boomers are heading into retirement, and Americans are having fewer kids. Labor-force growth used to be so rapid — especially with women entering the job market as never before —  that overall economic growth stayed fast even as productivity growth weakened. A San Francisco Fed analysis in 2018 noted the following:

In the 1970s, labor force growth alone contributed 2.7 percentage points to GDP growth, meaning that even if productivity growth had been zero, the economy would have expanded at 2.7%, slightly faster than the pace of our current expansion. Since that peak, labor force growth has come down substantially. As the forecast for 2025 shows, labor force growth is expected to remain stuck at 0.5% for the next decade. This means that, absent a surge in productivity, slow growth in the labor force will be a restraining factor on the U.S. economic speed limit.

Of course, America isn’t the only nation with a demographic problem. Japan’s working-age population has been declining since the 1980s. And it may shrink by another 20 percent by 2040. Indeed, economists point to that decline as a trigger for its “lost decades” of economic stagnation. There was a notable correlation between Japan’s working-age population and economic activity.

But despite that working-age population decline, the number of workers has begun to rise again, as this chart from Goldman Sachs illustrates:

Goldman goes on to note that “the strong positive correlation once seen between the working-age population and economic activity” has now reversed because of three key factors or tailwinds:

A swing back to growth in the number of workers, despite a decline in the working-age population, chiefly driven by a prominent rise in the labor participation rate among women and the elderly.

A pickup in capex aimed at enhancing efficiency chiefly in response to the decline in the working-age population, amid the tapering off of overseas relocation of production facilities.

An increasingly proactive lending stance at banks, amid a low interest rate environment, which is likely to support capex and other business activities, particularly at SMEs.

And here are the takeaways from Goldman:

We believe that Japan’s experience could provide useful lessons for some Europe economies and China where Japanification is becoming a concern. Such lessons include securing the number of workers by raising the labor participation rates among the elderly and women, especially, and increasing the number of foreign workers, although Japan has been reluctant to do so until quite recently. Businesses also need to find substitutes for human labor by aggressively leveraging automation and digital investment, especially in the labor-intensive service sector. Additionally, banks could provide full support for corporate capex and other relevant activities aimed at enhancing productivity in response to worsening demographics.

The US is in better demographic condition than many other advanced economies, but some of those lessons — especially regarding participation rates and immigration — are worth noting.