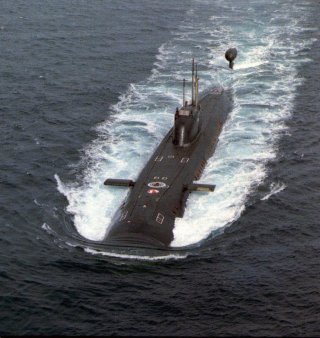 Here's What to Remember: Moscow launched a seven-year plan for the construction of new nuclear-powered attack submarines capable of fielding modern weapon systems while being quieter and more tactically flexible than their predecessors.

Project 671 Yorsh, better known in the west as Victor I, submarines were introduced in 1967. The “teardrop” hull design on these vessels promised several key hydrodynamic benefits in submerged performance, including a formidable top speed of thirty-two knots and relative reductions in noise generation. The Yorsh vessels featured a submerged displacement of 6,100 tons and an effective operating depth of 320 meters. The serially-produced version of Victor I boasted six torpedo tubes for the standard Soviet Type 53 torpedoes, as well as RPK-2 Vyuga anti-submarine missiles.