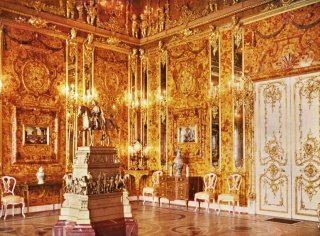 Here's What You Need to Remember: A full reconstruction of the Amber Room was created at Tsarskyoye Selo based on eight-six black and white photographs taken of various fragments of the room. The construction process, which began in 1979, was finally completed in 2003 at a cost of $11 million.

The room was part of the Catherine Palace near St, Petersburg (Leningrad during the war), and it was last seen in the Baltic port city of Königsberg (modern Kaliningrad) in East Prussia. After that point its location was lost to time, and it was long assumed the panels that once graced the walls of the palace were destroyed.

Divers from Baltictech Group have found the wreck after more than a year of searching.