How World War II Transformed Russia’s Place in the World 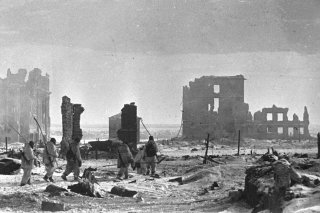 Here's What You Need to Remember: Except for the United States, Hitler’s madness eliminated the USSR’s competition. The world of 1939 was multipolar, with multiple states competing for power. By 1945, there were just two superpowers: America and the Soviet Union. The other contenders were smashed, occupied or exhausted.

This first appeared in June 2016 and is being reposted due to reader interest.