How Would the S-400 Impact Iran's Defense Capabilities? 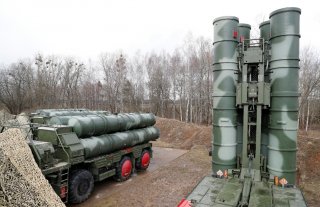 Here's What You Need to Remember: What would it mean for Iran to possess advanced S-400s? The answer, it seems, relies heavily upon the extent to which the Russian-built defenses have been upgraded.