How Would U.S. Marines Fight China in a War? This Photo Is a Hint. 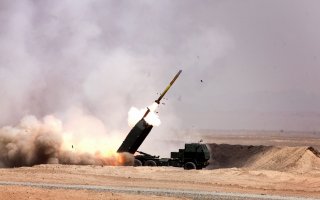 Here's What You Need to Know: HIMARS packing new missiles could give the Corps a serious and survivable anti-ship capability.

David Axe is the author of the new graphic novels MACHETE SQUAD and THE STAN.