Humiliating: China Suffered a Shocking Defeat to Vietnam in 1979 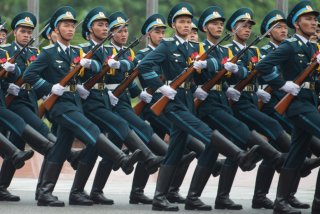 Here's What You Need to Remember: The PLA’s performance in the 1979 war was so bad, even Vietnamese commanders were surprised, according to some sources. This was a result of its reliance on Korean War-style infantry assault tactics, due to the operational inflexibility and stagnation of military thought in the PLA. The layout of the command structure, and the infrastructure that supported it, could not support maneuver warfare by smaller units of higher-quality forces.

Chinese operations against Vietnam in the 1980s are often divided into four phases. In the first, the Chinese and Vietnamese further entrenched their positions along the border. This lasted until 1981. The second and third phases consisted of escalating offensive operations across the border from 1981 to 1987, gradually increasing in intensity. The last phase involved the PLA’s withdrawal from the border region. The political objectives of the Chinese incursions were to “punish” Vietnam for its continued belligerence towards Thailand and Cambodia. Since Vietnamese troops were going into Cambodia, Chinese troops would continue to do the same. Militarily, China saw the border conflict as a way to evolve the PLA from an antiquated fighting force to a modern one, by testing new doctrines and equipment on the border.

This piece was originally featured in September 2019 and is being republished due to readers' interest.

The PLA’s performance in the 1979 war was so bad, even Vietnamese commanders were surprised, according to some sources. This was a result of its reliance on Korean War-style infantry assault tactics, due to the operational inflexibility and stagnation of military thought in the PLA. The layout of the command structure, and the infrastructure that supported it, could not support maneuver warfare by smaller units of higher-quality forces.