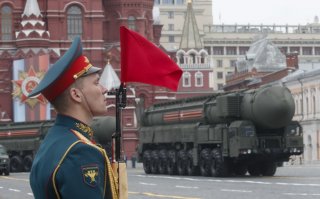 Here's What You Need to Know: Russia has sought to use many of the processes, traditions and norms of the current international system as part of its hybrid warfare arsenal not only in the pursuit of its national interests but to undermine that global order.

Over the past two decades, the world has been subjected to an unprecedented peacetime assault. Unlike past major conflicts, this one is taking place largely below the level of overt hostilities. It involves the use of non-military or, at the most, paramilitary means to attack an adversary’s critical national assets – the economy, military and security services, infrastructure, political system, and media. As explained by Frank Hoffman, perhaps the best scholar on the subject: “The most distinctive change in the character of modern war is the blurred or blended nature of combat. We do not face a widening number of distinct challenges but their convergence into hybrid wars.”

Hybrid warfare blurs the distinction between the overt use of military force to impose one nation’s will on another, what we think of as traditional warfare, and the use of other instruments of power, either overtly or covertly, to achieve the same ends. Hybrid operations are particularly useful in undermining an adversary’s will and capacity to resist coercion or aggression.

Russia is one of the premier practitioners of hybrid warfare. It employed a combination of propaganda, economic coercion, cyber operations, bribery, and the deployment of paramilitary forces – so-called "little green men" – to undermine Ukraine's ability to resist the seizure of Crimea and the occupation of the Donbass. It routinely uses these and other measures not only against Ukraine but other former Soviet Republics and even Western nations.

Russia has sought to use many of the processes, traditions and norms of the current international system as part of its hybrid warfare arsenal not only in the pursuit of its national interests but to undermine that global order. An example of this is Moscow's efforts to exploit the international legal regime through what has become known as "lawfare." This is defined as “the strategy of using – or misusing – law as a substitute for traditional military means to achieve an operational objective.” Lawfare also includes exploiting international legal and law enforcement institutions for national purposes. Russia’s use of lawfare is a part of its strategic information campaign against the West. Russia has exploited a Western tendency to permit Moscow to participate in international legal institutions even as it uses them for illegitimate purposes. For example, the Kremlin has sought to entangle its opponents in the courts or legal proceedings as a means of achieving national objectives.

One way Russia conducts lawfare is by weaponizing the International Criminal Police Organization, popularly known as Interpol. Interpol is the leading global inter-governmental police organization with 194 members. Its primary goal is to serve as an information clearinghouse in the effort to combat illicit transnational activities such as terrorism, drug trafficking, financial crimes, cyber intrusions and human trafficking. While Interpol itself cannot arrest or prosecute alleged criminals, it can facilitate national efforts to find these individuals and bring them to justice. It does this primarily through the use of Red Notices, international alerts notifying law enforcement authorities in the member countries that those of another country are seeking the arrest of a specific person. There is also a diffusion, which is a specific notice sent from one country to another. National authorities can arrest that individual and hold them pending extradition to the complaining country.

It is becoming increasingly obvious that some Interpol members have been exploiting that organization and the Red Notices to attack their political enemies abroad. According to a 2019 report by the European Union’s Policy Department for External Relations: “Both governmental and non-governmental organizations have reported a trend by some countries to abuse Interpol’s system of police cooperation to persecute human rights defenders, critical journalists and political opponents in violation of international human rights standards. The abuse of Interpol Red Notices and Diffusions have been highlighted.” At an international hearing on human rights, U.S. Congressman Joe Wilson (R-SC) specifically called out three countries for their abuses of Interpol processes: “The fact that countries like Russia, China and Venezuela abuse their access to the International Criminal Police Organization or Interpol to issue bogus notices with the express intent to repress dissent against their own undemocratic regimes is dangerous.”

Russia has been a particularly egregious exploiter of the Red Notice system to attack its critics and political enemies abroad. The most infamous example of this malign behavior case was that of Bill Browder, an international investor, human rights activist, and vociferous Putin critic, who has been the subject of no fewer than seven Moscow-generated Red Notices. At least one time, Browder was temporarily detained by the Spanish police.  Most recently, the Russian Foreign Ministry requested Interpol's assistance to locate Oleg Smolenkov, a former Kremlin official who is alleged to have been a CIA informant and who was exfiltrated from Russia in early 2017.

Russia has even gotten U.S. law enforcement agencies to participate in its political warfare. Moscow has sent numerous Red Notices that target its opponents to U.S. Immigration and Customs Enforcement, which tends to treat them as legitimate requests for detainment and extradition.

Moscow has been employing hybrid warfare techniques to harass pro-democratic forces in the former Soviet Union. Russia generates “fake news” reports that specific individuals it dislikes are being hunted by Interpol. For example, false stories were planted in numerous news outlets that the former deputy speaker of the Moldovan Parliament and the chairman of the Democratic Party of Moldova, a staunch opponent of Moscow’s attempts to subvert that country’s political system, was wanted by Interpol. Interpol had to take the unusual step of publicly denying these reports.

Even if the subject of a Red Notice or Diffusion is not ultimately extradited to Russia, the process of defending oneself is harrowing and costly. The damage to an individual’s reputation can be severe. There is always the possibility that if the targeted individual travels to a country positively disposed to Moscow, he or she will be arrested and extradited.