The Hypersonic Revolution Is Transforming Snipers Into Super Hunters 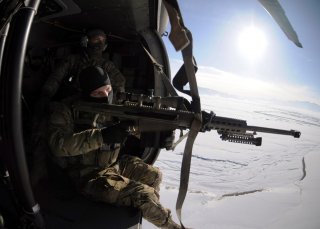 Here's What You Need To Remember: Hypersonic rounds translate into potential performance gains on several fronts. Everything else being equal, their drastically faster travel speeds would make it easier for snipers to line up their shots by minimizing the impact of external factors.

Mark Episkopos is a frequent contributor to The National Interest and serves as a research assistant at the Center for the National Interest. Mark is also a Ph.D. student in History at American University. This first appeared last year.