I Fought a Second Korea War as the U.S. Military And Lost? 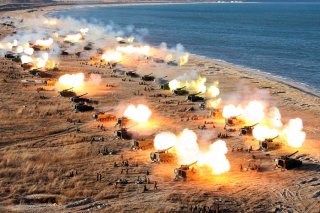 Here's What You Need to Remember: In theory, the game should provide, to some extent, a reflection of an actual war. The fidelity of the reflection should be somewhere in between a documentary and a cartoon. A cartoon isn’t so useful, but a documentary certainly is.

The Korean peninsula is, acre for acre, one of the most heavily militarized places on earth.

Which is Next War: Korea? Hopefully we’ll never know for sure.